Welcome to my post for the A Different Blue blog tour! I have a character profile coming up, as well as a give away for some signed copies and swag. But, first, allow me to introduce the book:

Blue Echohawk doesn't know who she is. She doesn't know her real name or when she was born. Abandoned at two and raised by a drifter, she didn't attend school until she was ten years old. At nineteen, when most kids her age are attending college or moving on in life, she is just a senior in high school. With no mother, no father, no faith, and no future, Blue Echohawk is a difficult student, to say the least. Tough, hard and sexy, she is the complete opposite of the young British teacher who decides he is up for the challenge, and takes the troublemaker under his wing. 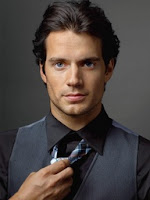 "Maybe it was simply his cool accent and his youth. The entire student body tried to mimic him. Girls crowded around him, and the boys watched him, fascinated, as if a rock star had descended into our midst. He was the talk of the school, an overnight sensation, instantly beloved because he was a novelty - and a very attractive novelty if you liked slightly unruly hair and grey eyes and British accents." - Blue's thoughts on Wilson

"I was born in Manchester, England. I have two older sisters. One sister still lives in England, as does my mother. My oldest sister, Tiffa, lives in Las Vegas, which incidentally is what brought me here. I am twenty-two years old. I finished what we call college when I was fifteen, which I suppose is about the equivalent of graduating from high school very early.

"We moved to the states when I was sixteen so I could attend university early, which is simply not done in England. My mum is English, but my dad was an American. He was a doctor and took a position at the Huntsman Cancer institute in Utah. I graduated from university when I was nineteen, and that's when I had my turning point moment. My dad died. He had wanted me to be a doctor like he was - actually four generations of men in my family have been doctors. But I was rather a mess after he died and decided to go another direction. I spent two years in Africa in the Peace Corp teaching English. I discovered I really liked teaching." - Wilson introduces himself to the class

"I don't know how she managed to move in the trousers she was wearing. They were literally like a second skin they were so tight. The trousers were tucked into a pair of black boots with staggering heels that made her tall and intimidating as she strolled down the center aisle. Her black hair was long and purposely tousled, and her skin was a pale caramel color. She swung her hair back as she moved and ignored me as if she was fully aware that I was the teacher, fully aware that she had interrupted my class, and fully aware that all eyes were on her. I noted the way the chaps in the class had straightened, puffing out their chests like silly roosters. She looked sorely out of place in a room full of sneakers and ponytails. She should have looked ridiculous. But she didn't. Not at all. She was beautiful. And beauty was never awkward, regardless of how tightly it was wrapped." - Wilson sees Blue for the first time. 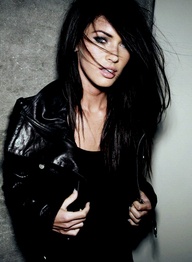 Amy Harmon knew at an early age that writing was something she wanted to do, so she divided her time between writing songs and stories as she grew. Having grown up in the middle of wheat fields without a television, with only her books and her siblings to entertain her, she developed a strong sense of what made a good story. Amy Harmon has been a motivational speaker, a grade school teacher, a junior high teacher, a home school mom, and a member of the Grammy Award winning Saints Unified Voices Choir, directed by Gladys Knight. She released a Christian Blues CD in 2007 called "What I Know" - also available on Amazon and wherever digital music is sold. She lives in the middle of nowhere with her husband and four kids, and doesn't plan to ever move somewhere, because nowhere is sublime. She has written Running Barefoot, and the Young Adult books Slow Dance in Purgatory and the sequel, Prom Night in Purgatory. A Different Blue is her fourth novel.